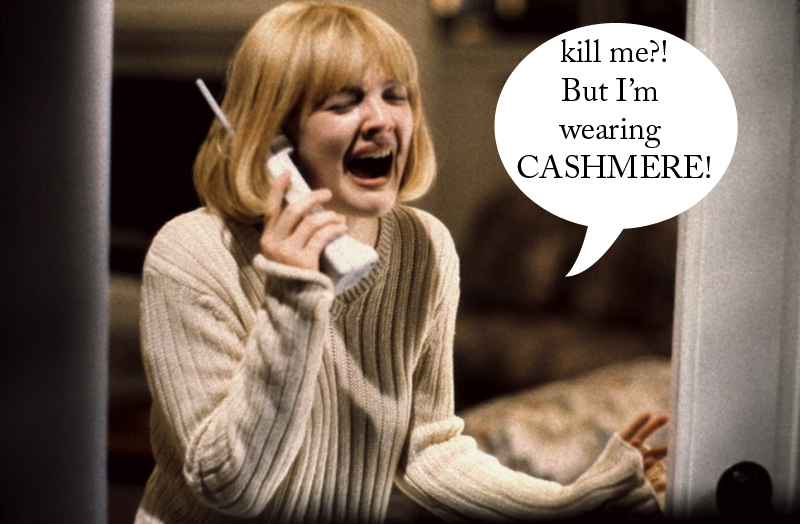 Regardless if you’re a Halloween extremist, or you just see it as another day on the calendar we can all agree that it awkwardly brings our nation together by partaking in a game of ‘dress up’. As a fashion blogger on this wonderfully fervent day of perpetual costuming, I don’t detest a good post regarding relevant music, classical cinema inspiration and previous costume attempts by yours truly.
Let’s begin by spearheading the topic of prank calling. The majority of us have all received at least one… “is your refrigerator running?” to which you reply “yes, why?” the anonymous caller giggles quickly before uttering “WELL, YOU BETTER GO CATCH IT!” I admit I had my fair share throughout middle and even high school (where the immaturity heightened surprisingly). For others, like miss Barrymore (pictured above) her prank call was a little irregular, seeing as about 15 minutes later she was gutted in the front lawn. SCREAM proved to be one of the most successful scary 90’s movies by capturing fear through a single phone call. A highly recommended hit for tonights sleepover,  or movie night. 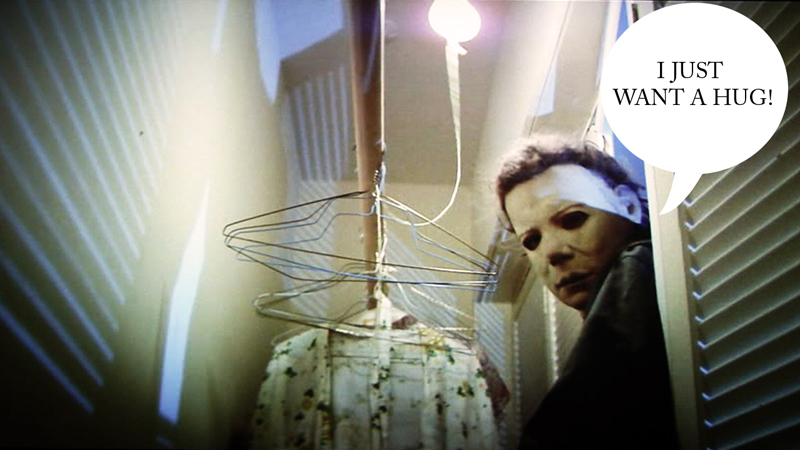 This next flick is no laughing matter despite my average internet-meme photoshoping skills. Growing up as a wee lad I was very well-informed on who exactly the boogey man was…Mr. Michael Myers. I declare it so astutely to avoid any disrespect in the case of him being a reader…let’s move on. This classic film became a lucrative blockbuster yet it was only produced on a budget of $300,000. An immense achievement for the independent film business. A MUST SEE every hallows eve. 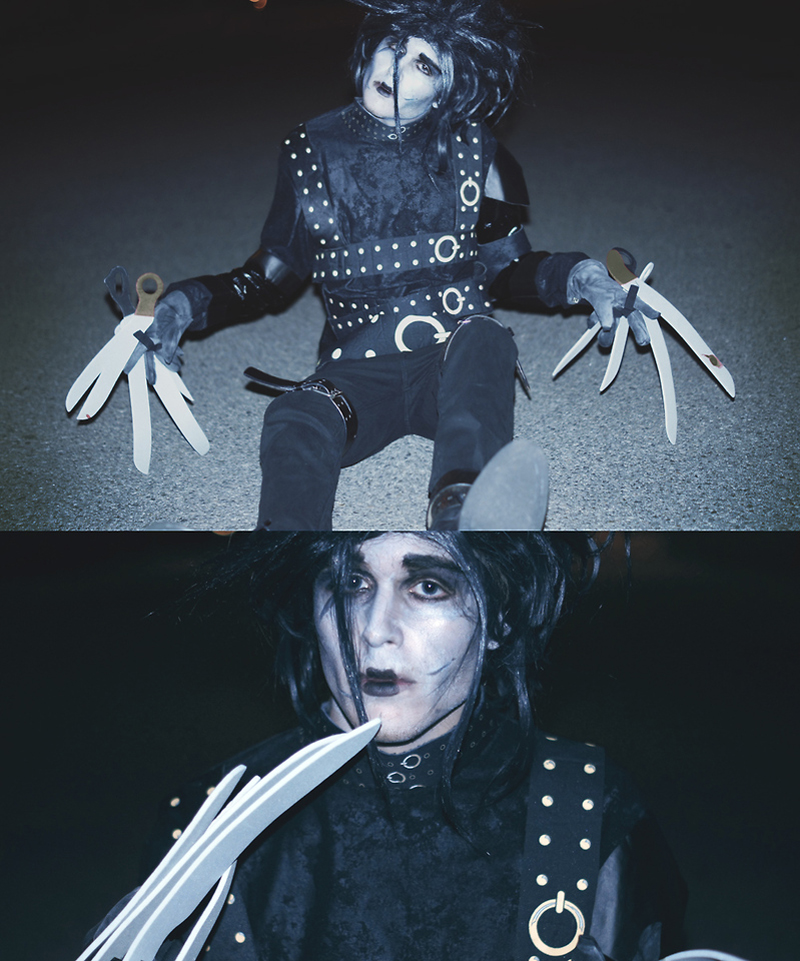 Diving into a more lighthearted subject for all you wimps, I present my previous Halloween costumes! My affinity for Johnny Depp/tim burton characters haven’t grown weary but unfortunately my wallet suffers the consequences. Each year I choose to participate I expend approximately $200 just to capture an original, authentic vibe..and not to mention my choice of formation is DIY. This year I have regretfully settled as a dog and speed racer (pix to come) but next year I hope to carry on my legacy by being either beetlejuice, Barnabes Collins, OR Tim himself. 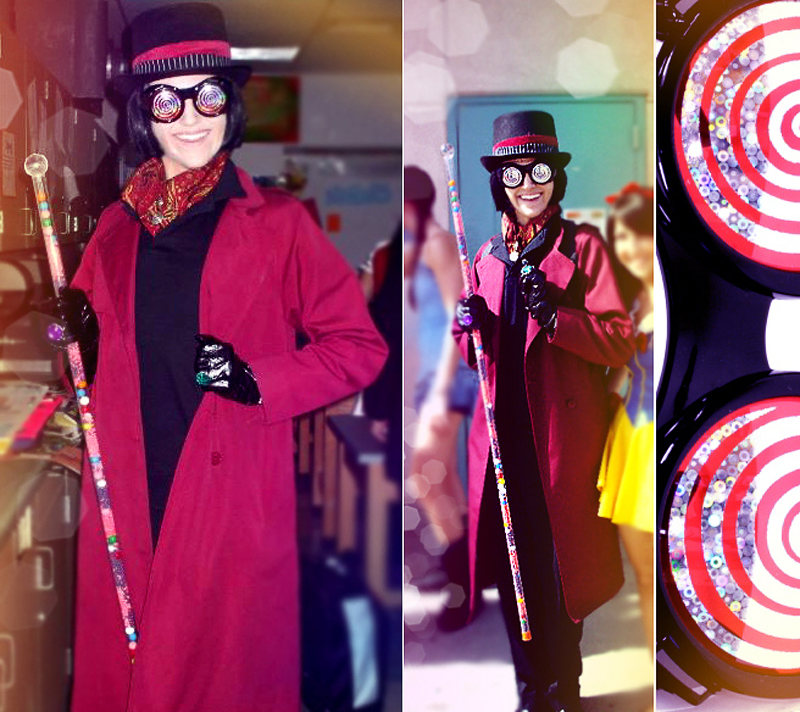 DIY Modern Willy Wonka Costume
you’ll need:
1)long red coat (vintage stores)
2)paisley fabric (fabric store like JoAnnes)
3)black v neck sweater (zara)
4)black trousers (zara)
5)black dress shoes (zara)
6)black gloves (costume store)
7)jewel rings (costume shop)
8)crazy sunglasses (costume shop)
9) plexy glass tube and orb (hardware store)
10)candy (grocery store)
11)black wig (costume store)
Put all clothing items on accordingly. Make sure to get enough paisley fabric to wrap around your neck and tuck in the V neck of your sweater. The plexy glass tube should be filled to the top with candy then SUPER GLUED shut with the plexy glass orb. make sure to buy a cap for the end so the candy doesn’t fall out that way either. as for the hat, cut thin horizontals in the fabric long enough to wrap all the way around the base then hot glue. You should be ready to go! don’t forget your smiles STARSHINE ! 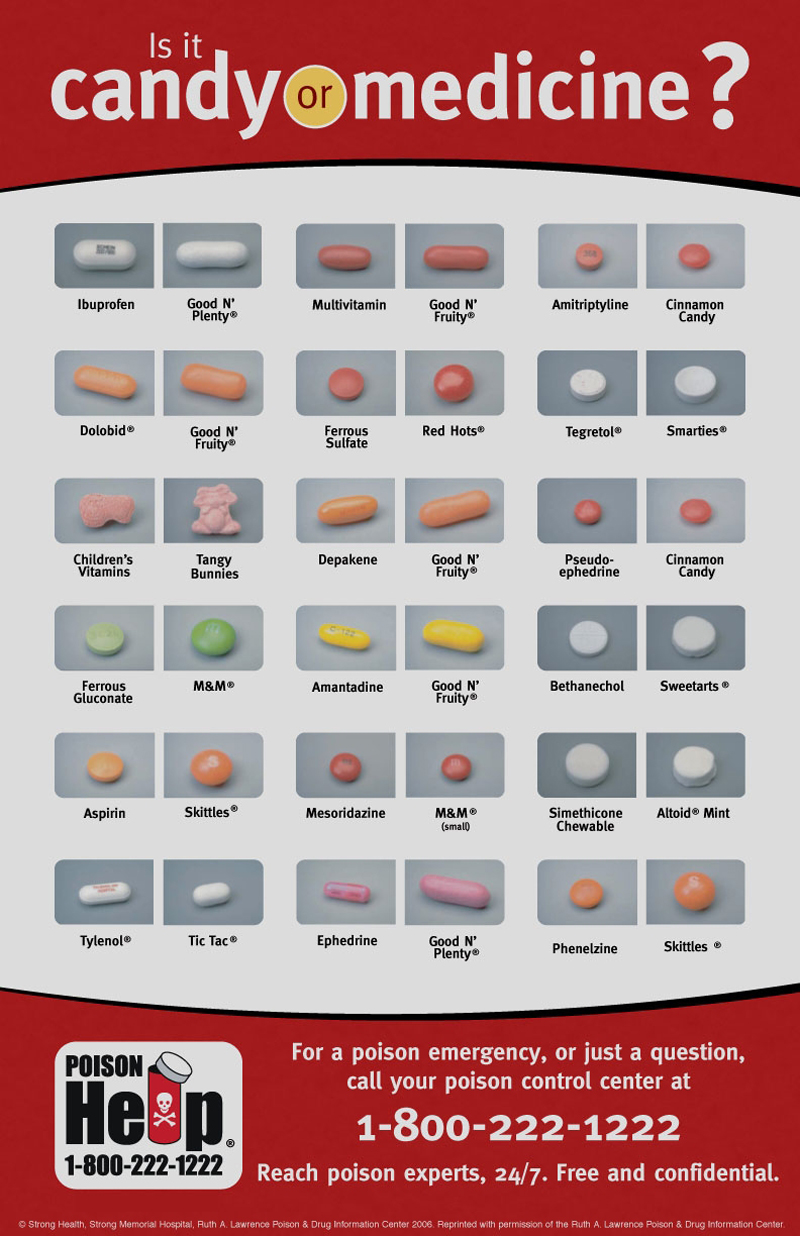 A lot of you may have already seen this… at the same time it’s unbelievably shocking, it’s very REAL! Thousands of children including siblings, friends or kids being babysat consume prescription/over the counter drugs under the impression that it’s candy. SO make sure to keep an eye on the younglings! watch what they eat, and what they take from strangers if they partake in trick or treating this evening!
In conclusion, I leave you all with these horrific, grotesque melodies on this witching hour!