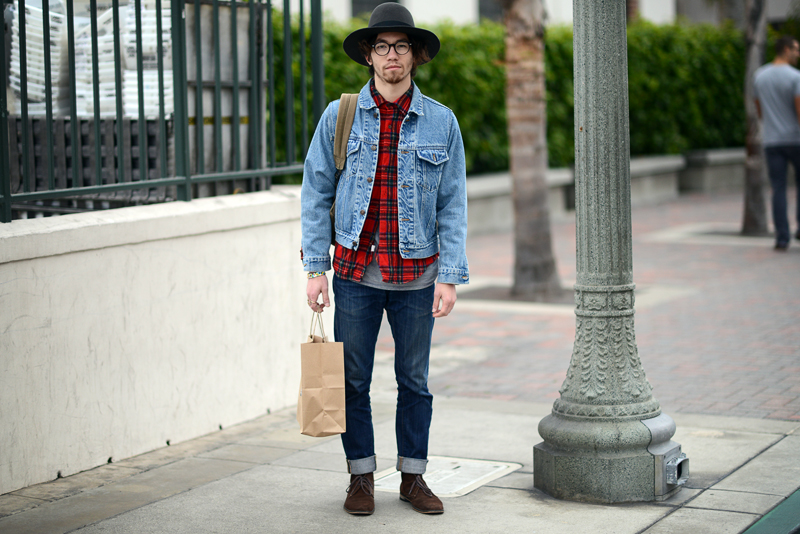 I met Chuck last week while I was in Huntington Beach. Spotting him a mile away, I had to catch up and take a picture. His all denim ensemble with a touch of plaid AND the hat was a really cool combo, he couldn’t be a cali native. far too stylish. We began chatting and ironically he said he was a New yorker who recently relocated to the golden coast. “I’m moving there in a few weeks” I yelped which led to a conversation on the fashion industry and what it can offer. Later on when the final touches of Project HANDSOME were complete I emailed him a set of questions. Here is a glimpse of Chuck’s story-

Q: What Inspires you in your daily life to ignore those people and continue on confidently, as a fashionable male?

Life is a glimpse, a very short moment in time. Why live it for anything other than for your self ? A strong sense of self is key. If you have that, you can do anything. I’ll leave you with a quote from one who defines the ideal.

“Better to have a short life that is full of what you like doing than a long one spent in a miserable way.” – Alan Watts