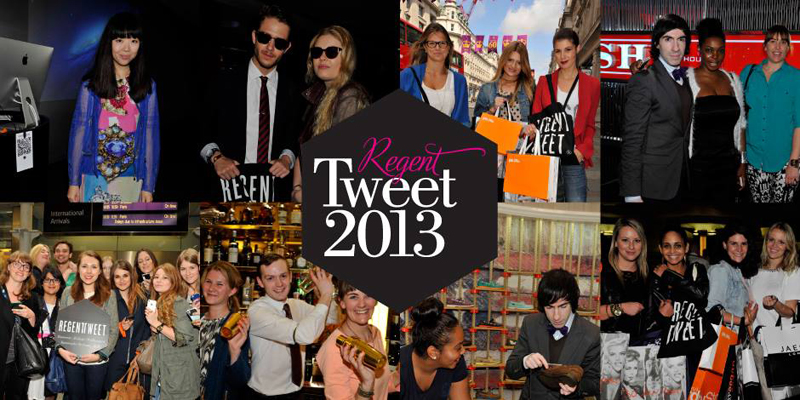 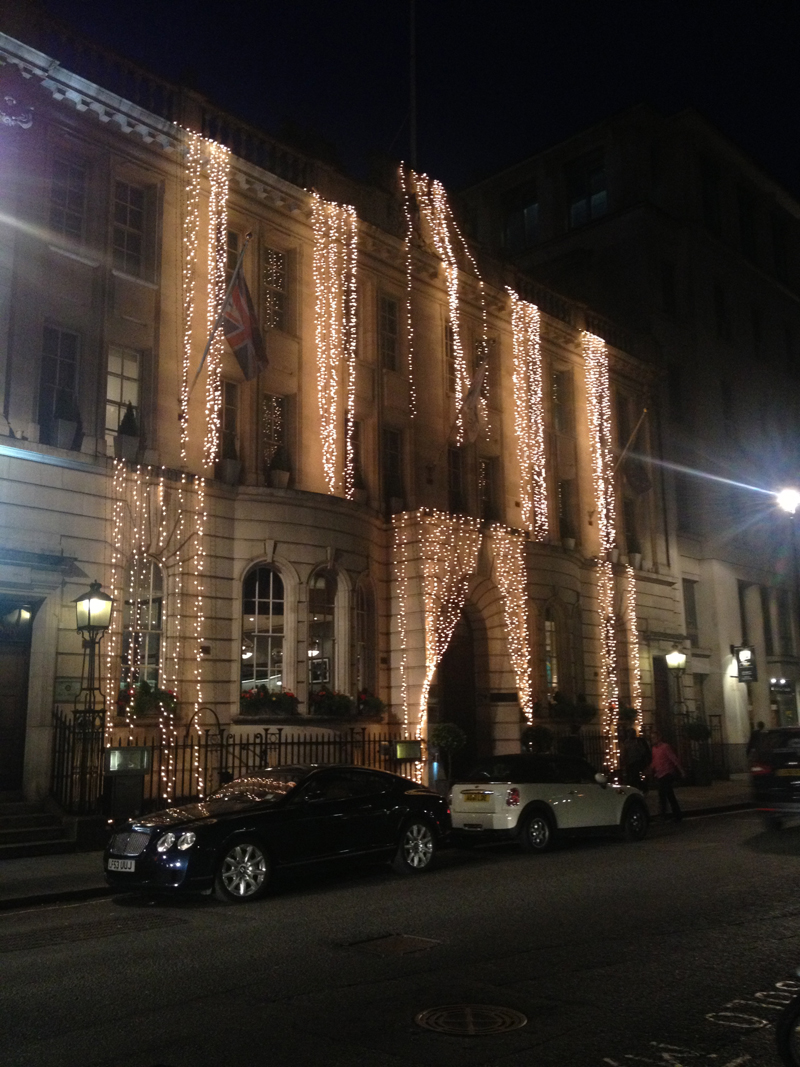 I still can’t get over how beautiful London was! I really didn’t want to leave! I wanted to give you all an in depth look at my event on Regent Street, Regent Tweet! Immediately upon arrival I knew we were in for a treat, I got one look at our hotel (Doubletree Courthouse) embellished in thousands of sparkling lights and felt like english royalty! Thank you to SISTER for putting us up in such a wonderful place with a great staff. 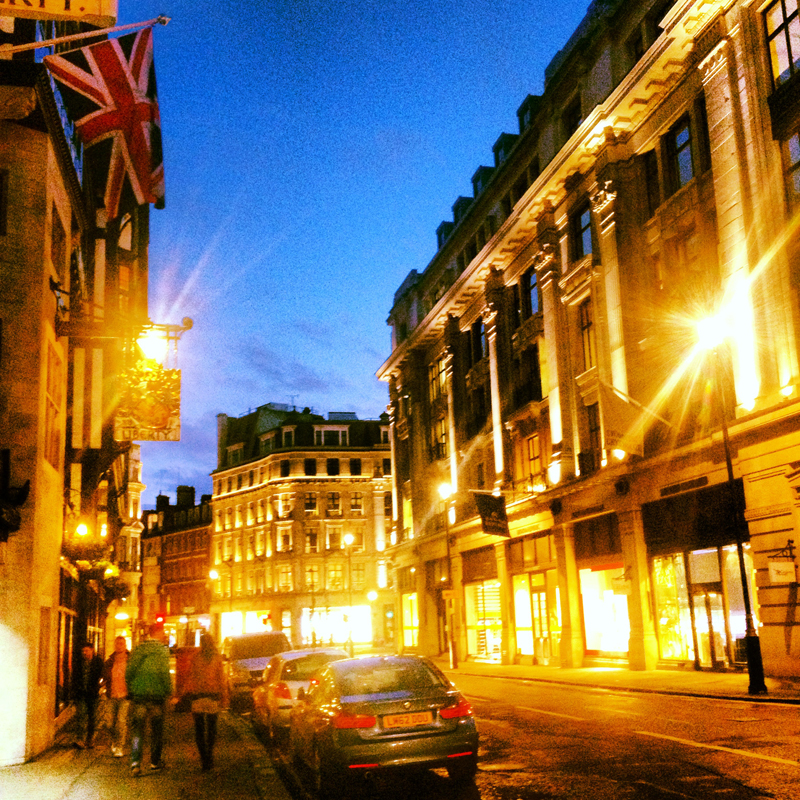 Here’s a vivid shot of how beautifully lit Regent Street can be at night! also shot upon arrival- 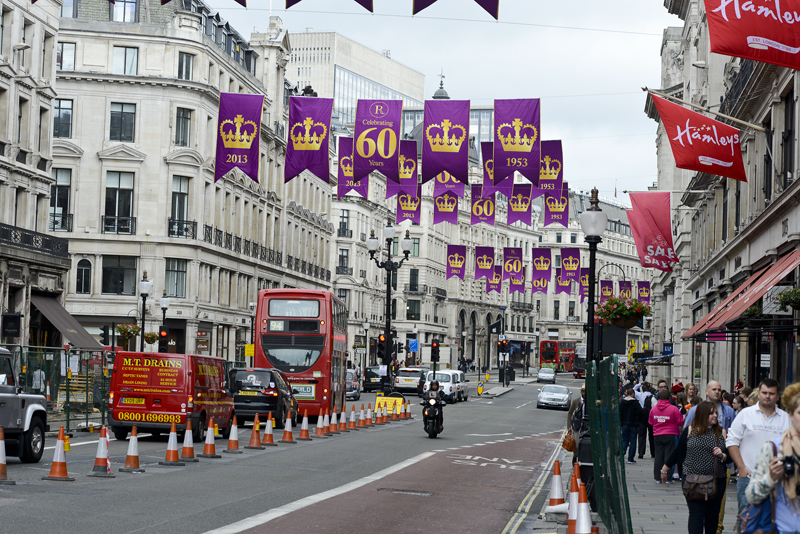 Finally the morning came and Regent Tweet was in full effect. This was the shot I took on our way to registration. As you can see, the street was decorated from head-to-toe celebrating their 60 years of retail success! 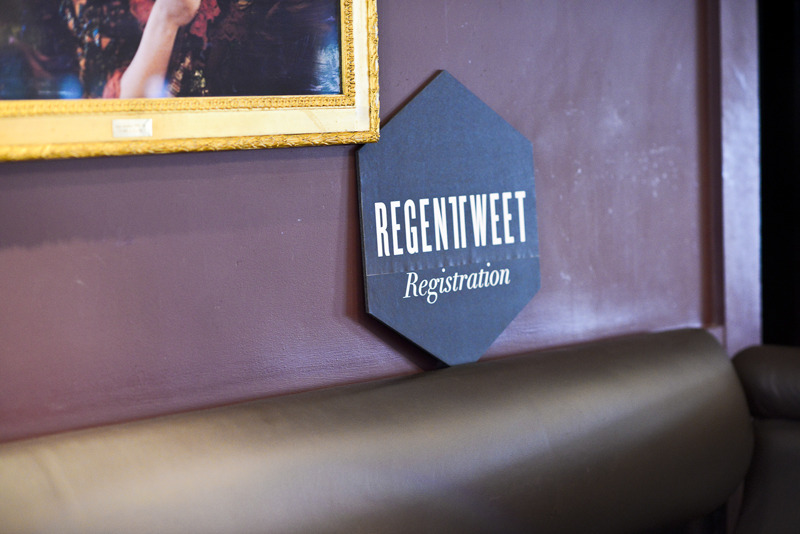 “name please?” AND HERE WE GOOOOOOOOOO 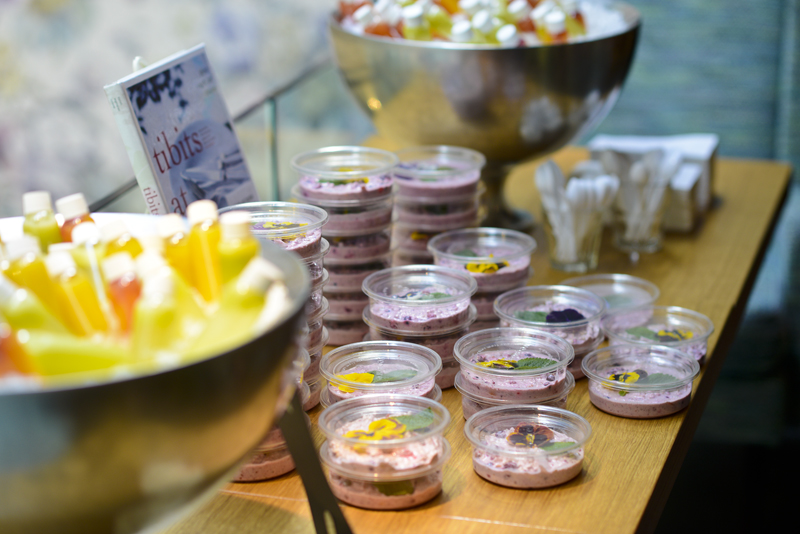 For breakfast we headed over to Tibits where they were offering a variety of different yogurts, with edible flowers! you can see above the little bright bottles of organic juices too! a perfect, balanced start to the day! 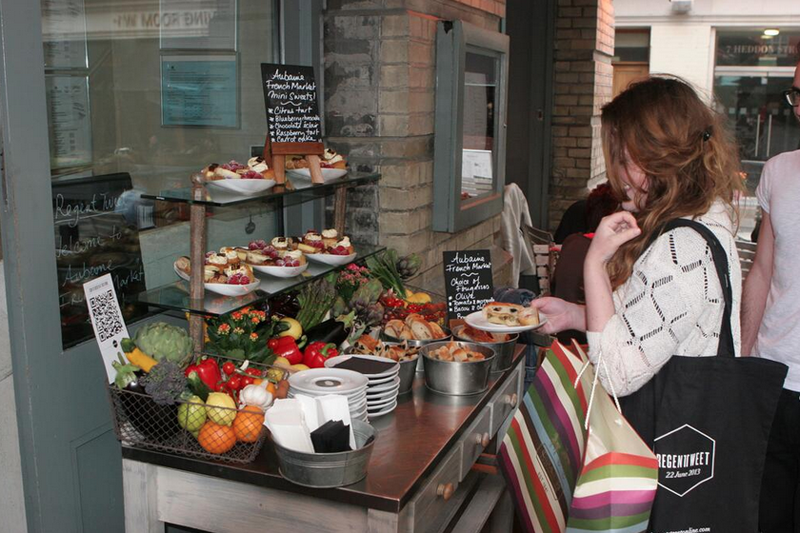 Other bloggers conquered their crave at Aubaine for some french treats! 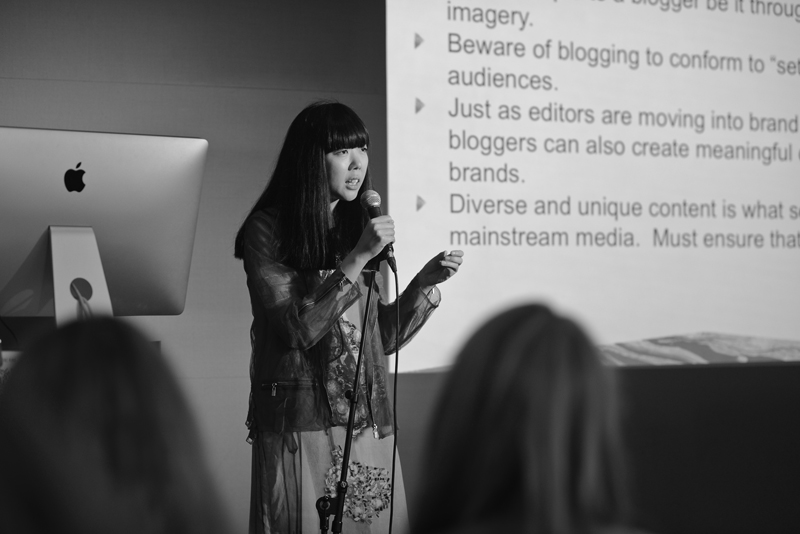 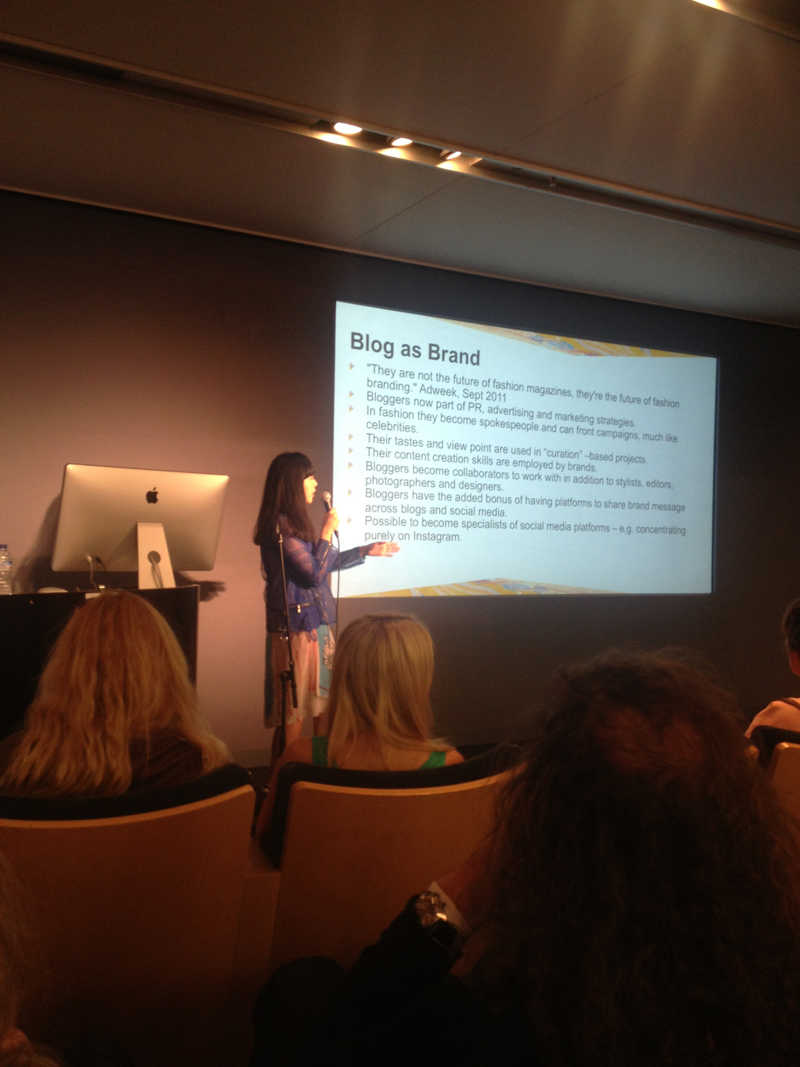 After we fed our stomachs, it was time to feed our brain – with some blogger knowledge! Susie Bubble (above) gave us a wonderful speech and powerpoint presentation at APPLE of how to start a blog, be original and ultimately monetize! 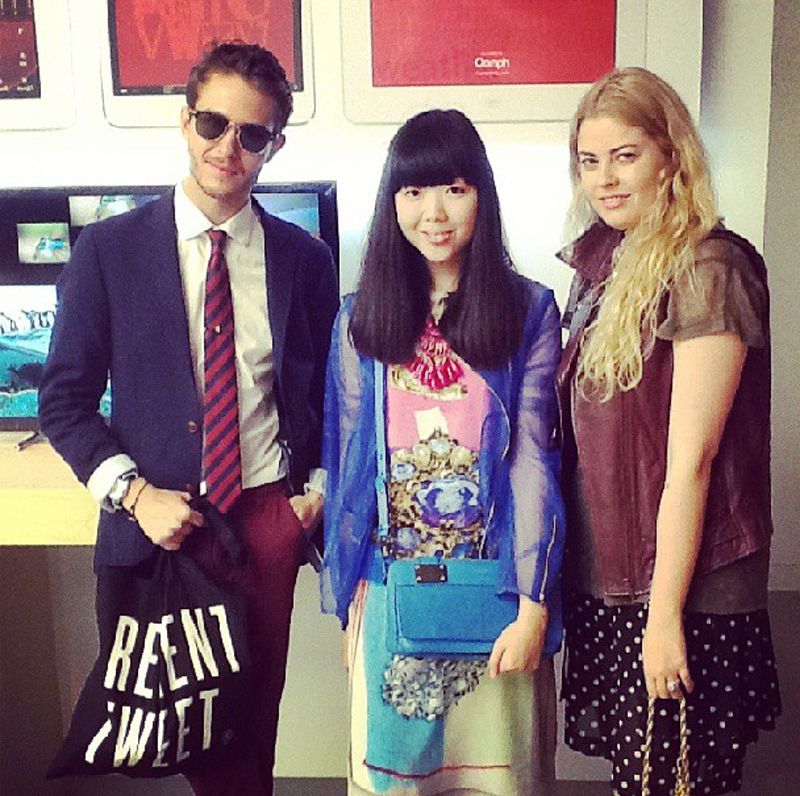 Even though the picture is pixelated, it’s a keeper! The aftermath of susie’s speech 😉 THANKS APPLE FOR HAVING US! 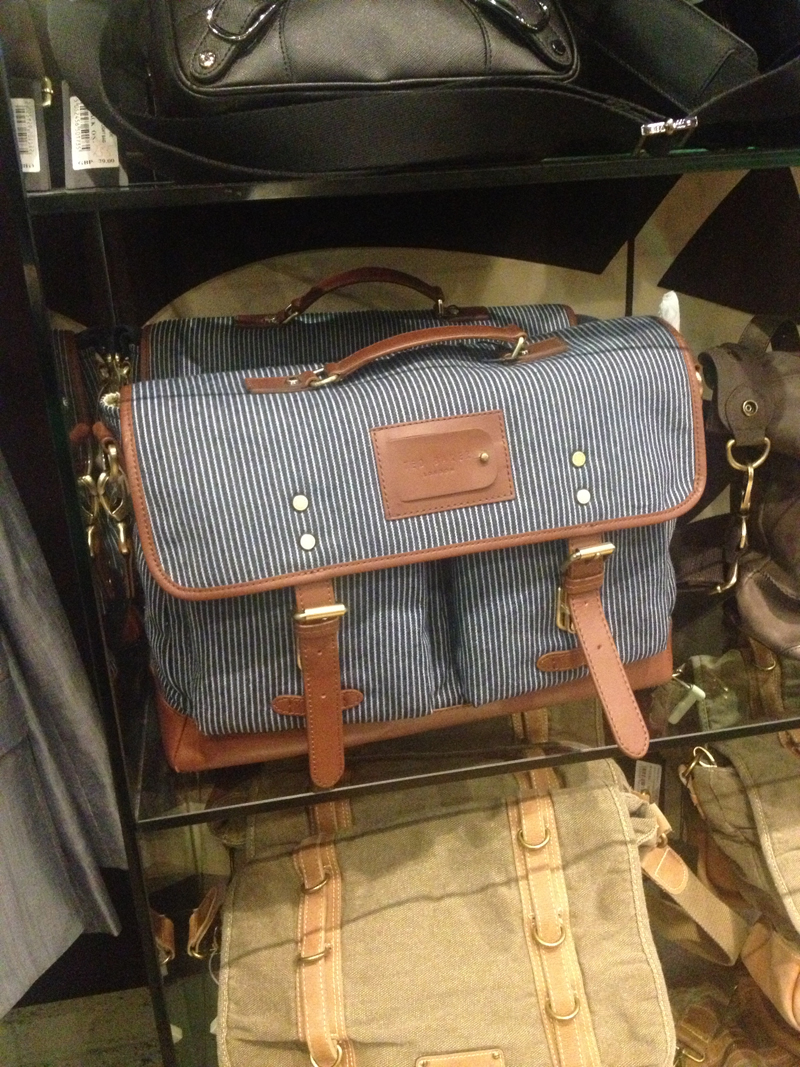 After the APPLE store I head next door to TED BAKER where they were offering %20 percent of regent tweet bloggers after they tweeted their favorite summer piece….mine? this nautical satchel! stripe-perfection 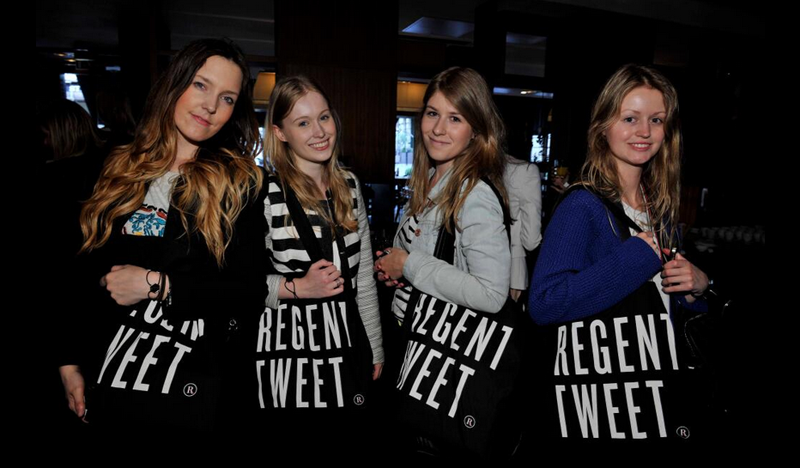 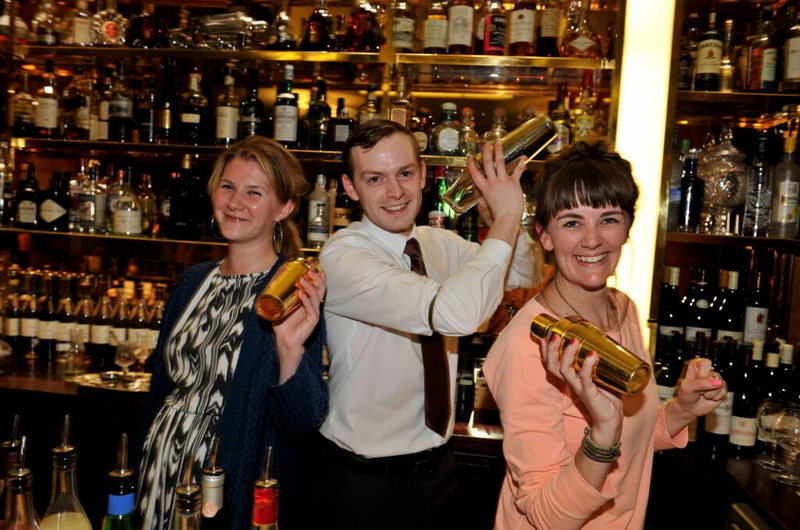 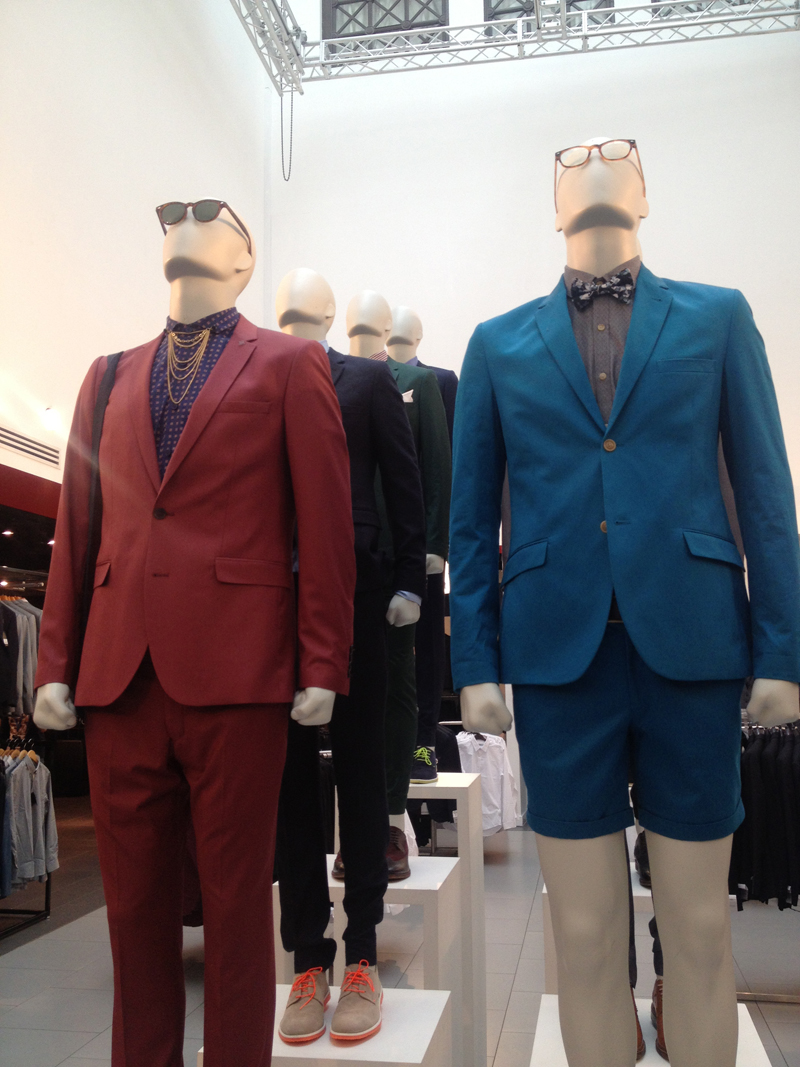 After some shopping we headed over to MASH, the most posh steakhouse I’ve ever eaten in! I enjoyed a medium-rare sirloin with some potatoes! I had to keep the energy up! 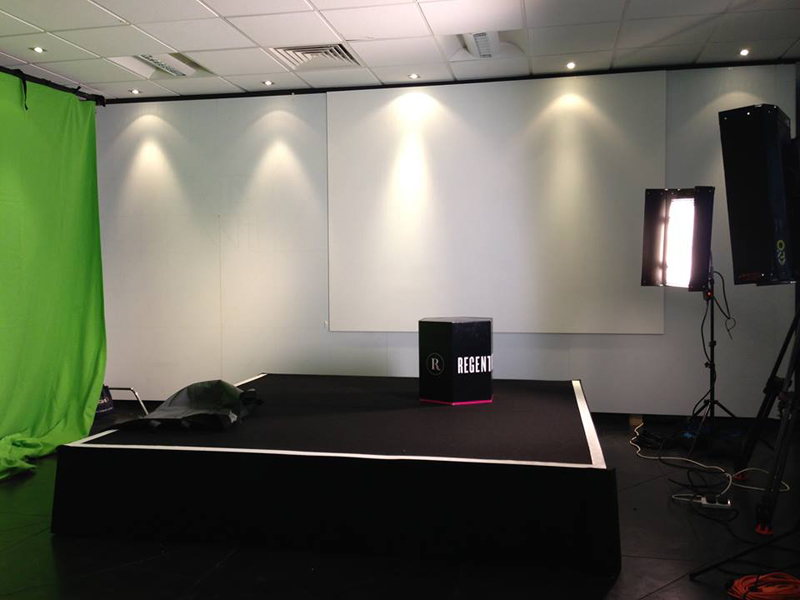 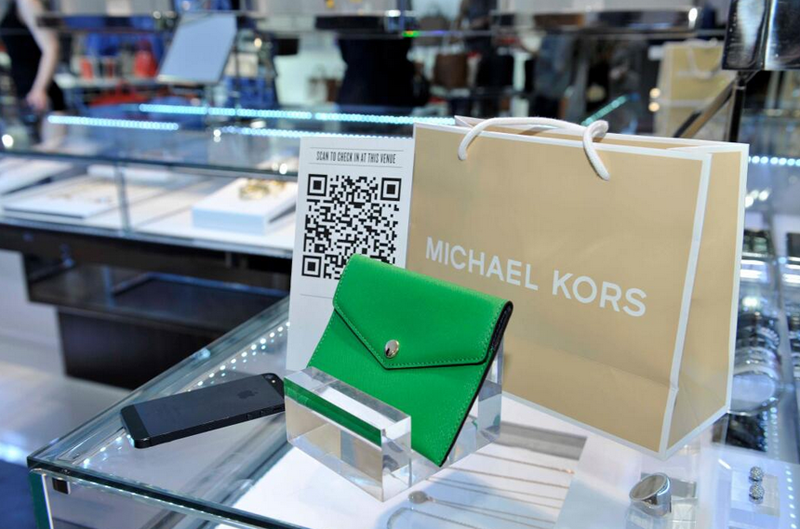 Michael Kors was offering a vivid green passport holder for all the bloggers who participated in tweeting about their store and event! you better believe I got one! perfect for spring and summer travel. 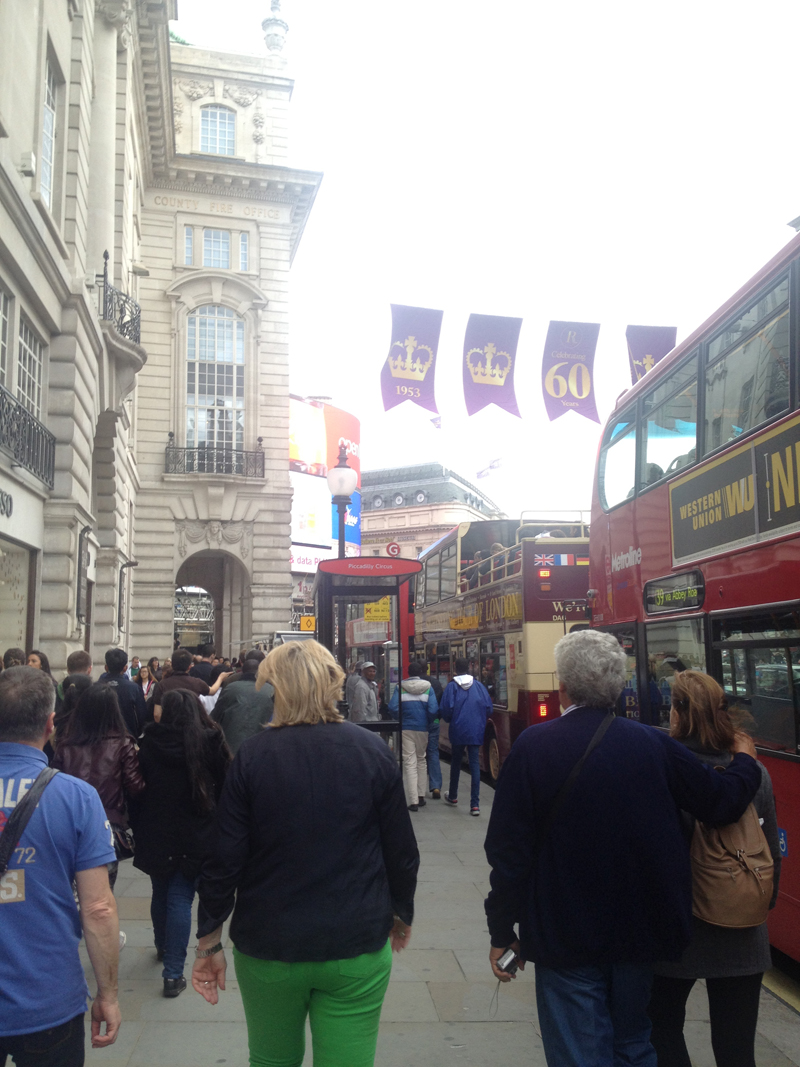 Ending our day shopping we found ourselves headed right into Piccadilly circus! 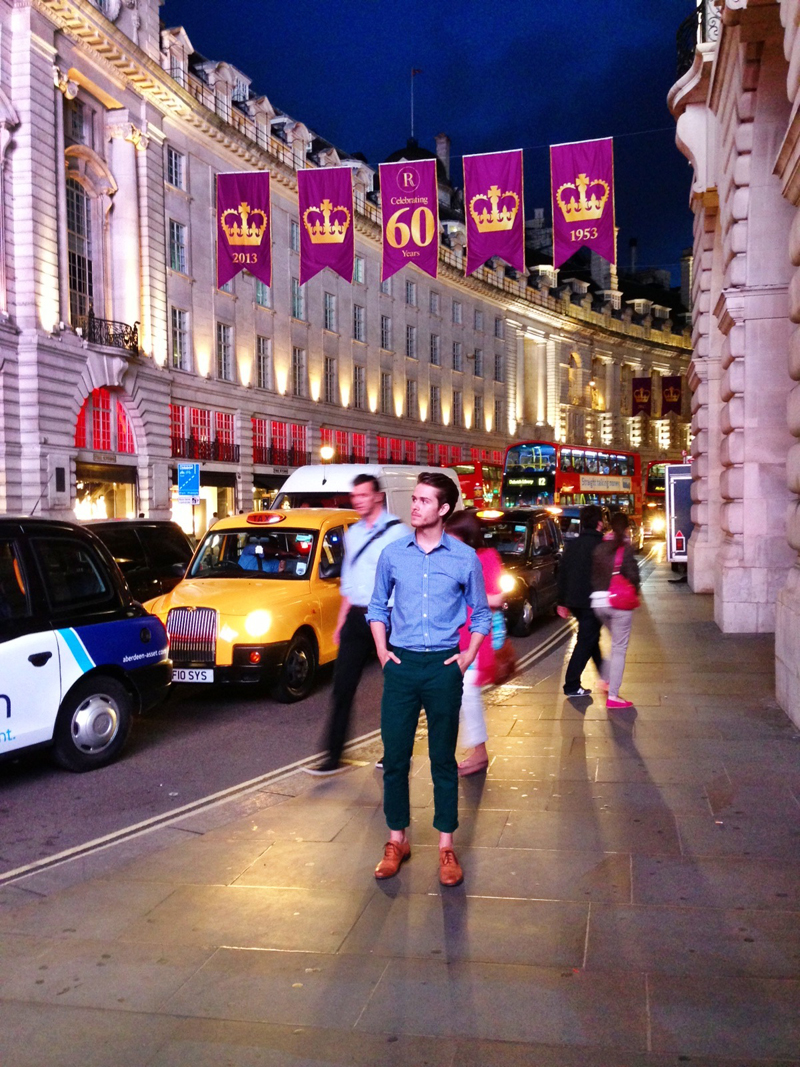 Dusk came and the day came to a close! the event was a huge success and ultimately, a TON of fun.
again, big thanks to all the brands/people that participated (Guess, Michael Kors, Apple, Follie Follie, Karen Millen, The East India, Jack Spade, Doubletree Courthouse, Mash and more!)
if you haven’t seen the viral video, check it out-
TILL NEXT TIME 😉